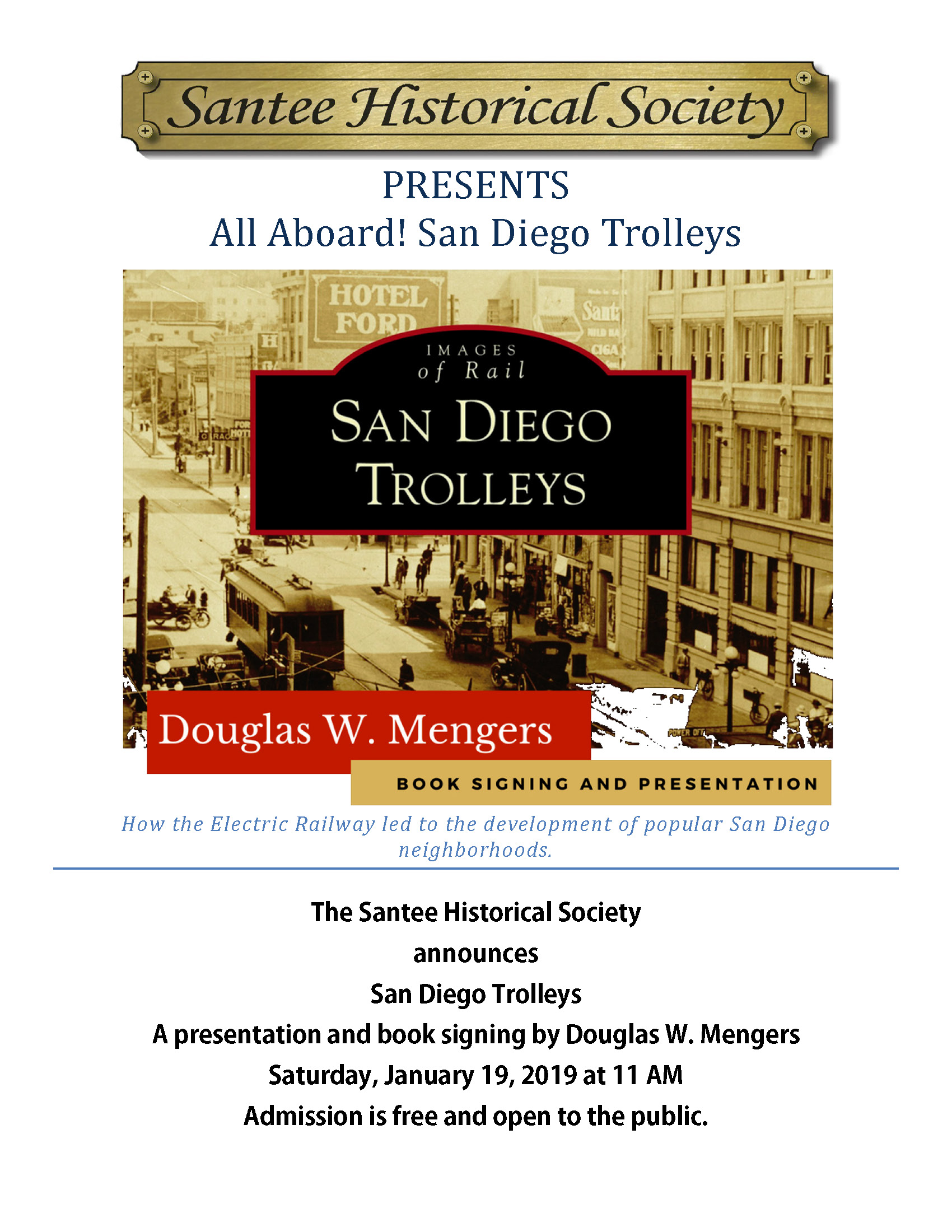 By Administrator, 2 years2 years ago 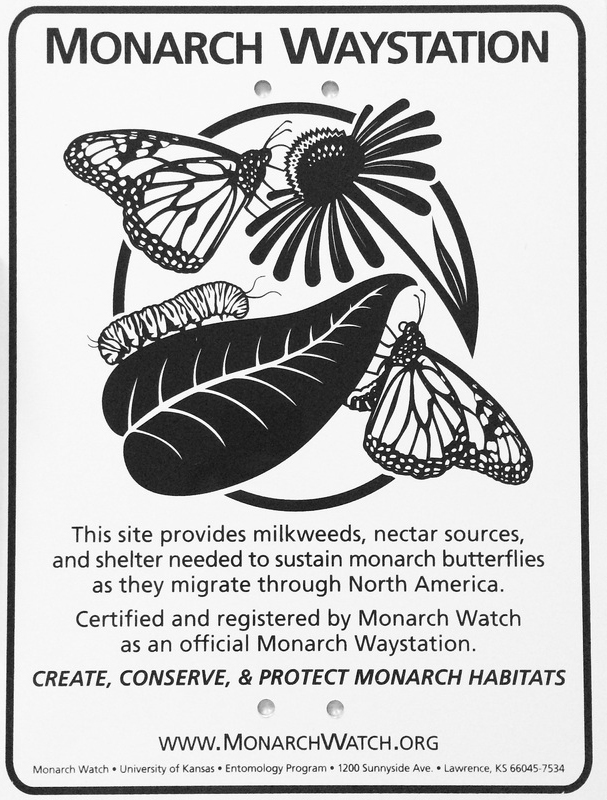 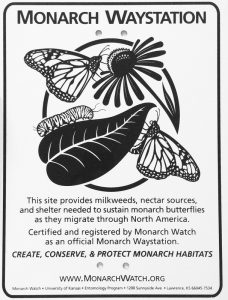 he Santee Historical Society has been declared a Monarch Waystation.

We have a Butterfly crew that will be at the Barn on July 9th to install our new sign and to discuss how we can improve our Monarch Waystation.

If you would like to be part of this, please email Jason Kevane at   Volunteers@SanteeHistoricalSociety.org

What is a Monarch Waystation ?

Monarch Waystations are places with the right kind of milkweed for monarchs to lay their eggs.  These plants provide food for the caterpillars to grow into butterflies.  They also provide nectar so that the butterflies can make their long journey to Mexico where they spend the winter.

Why are the Monarchs Dying?

Loss of milkweed breeding habitat due to the widespread use of herbicide resistant crops.

Widespread adoption of herbicide-resistant corn and soybeans has resulted in the loss of more than 80 million acres of monarch habitat.

Pesticide use which kills non-target insects and further degrades habitat.

Climate change is affecting monarch populations in a number of ways.

Erratic weather may also delay the emergence of milkweed in spring and change the bloom time of flowering plants that provide resources to migrating monarchs.

Developments in the U.S. are consuming habitats for monarchs and other wildlife at a rate of 6,000 acres per day – that’s 2.2 million acres each year, the area of Delaware and Rhode Island combined! 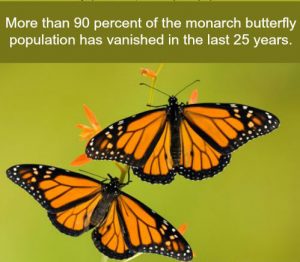 There has been a 74% decline in the California overwintering population of Monarch Butterflies in less than 20 years, comparable to declines observed in the monarch population that overwinters in Mexico.

What is the Santee Historical Society Doing?

To offset the loss of milkweeds and flowers we have created a “Monarch Waystations”. This is the Santee Historical Society’s contribution to monarch conservation.

What do Monarch Butterflies have to do with Santee History? 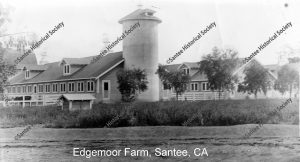 ically been an agricultural area.  Our city was originally full of Muscat grapes, exotic fruit trees, and award winning Guernsey’s, along with native milkweed.

The Santee Historical Society is proudly continuing Santee’s tradition of excellence in agriculture by helping preserve the Monarch Butterfly and educating the public about the necessity and beauty of nature.

By Administrator, 4 years2 years ago

Photos from our Monarch Butterfly event

We had a great turnout out our Monarch Butterfly event.   We thought we would share some photos with you. 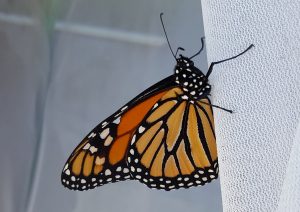 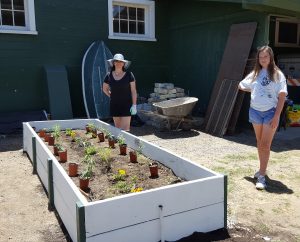 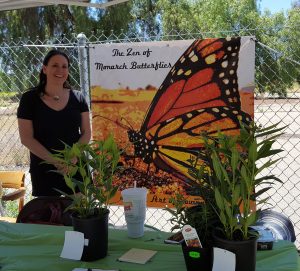 One of the exhibits at the Monarch Butterfly Event

By Administrator, 4 years4 years ago

It’s Time to Renew Your Membership

It is time to renew your membership for the 2019 calendar year.

You can do this by by credit card –  click here.

For a printable version of our membership application – click here.

Please fill it out, and mail the completed form with your check to:

By Administrator, 4 years2 years ago

By Administrator, 5 years5 years ago 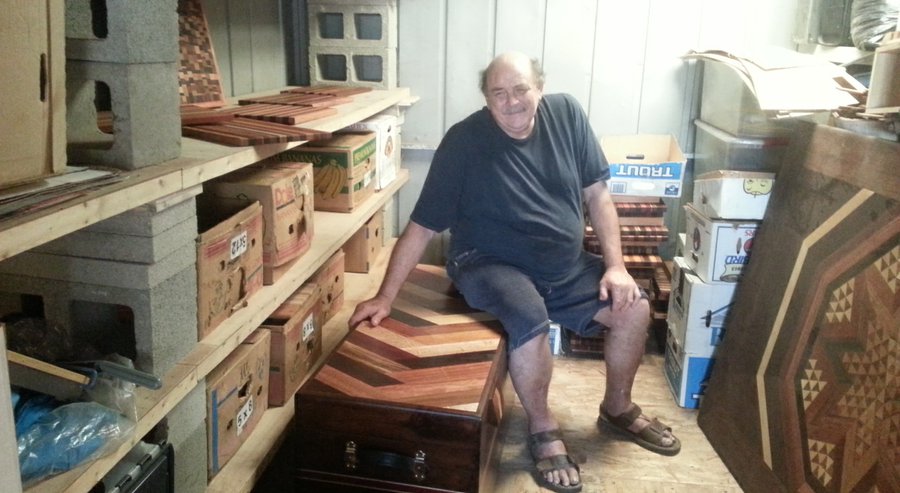 Even as macular degeneration steals Terry Hansen’s eyesight and arthritis and other health problems slow him, the Santee resident is still crafting original wooden works of art that are beauties to behold. Even losing the top of his left thumb and full use of parts of his four left fingers from an accident three years ago, has not stopped Hansen from creating items from jewelry boxes to storage chests, from game boards to cutting boards, from small tables to counter tops. His items continue to draw applause, attention and awards at art fairs and craft shows around California and the West Coast. He is a featured artist at a show this weekend in Burbank.Hansen’s bursting star made of orange, padauk, purpleheart, maple, Peruvian walnut, wenge, bocote and cocobolo woods grabs attention in the front lobby at La Maestra Community Health Center in City Heights.

“I’m here to be an artist,” Hansen, 63, said of his purpose in life. “Five hundred years from now I want someone to look at my art and say, ‘He had so much in his heart when he made that.’ The idea is that if I do something positive for the world, the less harmful the world is. I guess I’m just an old hippie. I’ve had an amazing career.”

Hansen is a wood inlay artist, who for more than 45 years has been piecing together, almost like a jigsaw puzzle, exotic pieces of colorful wood in meticulous detail. His abstract, intricate and unique geometric designs made from more than 70 kinds of colorful wood from around the world have won him ribbons at the San Diego County Fair and other local contests for more than 30 years.

Inspired by M.C. Escher, Hansen works out of a soundproofed, modest garage studio near Santee Lakes, where colorful wood pieces are sorted out, stacked, separated and line the walls and floor. An electrical saw, knives and other cutting instruments and designing tools are at hand, as are special eye-wear and magnifying lenses to help him see.

“Having a background in woodworking, I’m amazed at his capabilities,” said North County resident Curtis Gerwig, who met Hansen at a Coronado art show 15 years ago, bought one of Hansen’s wooden trunks and went from being a fan to a friend. “I know the kinds of rare, exotic woods he uses and how really difficult it is to inlay, to create a plane finish and actually bring out the grain from the woods. They actually pop off the surface. The way he cuts wood and presents it as an art form is something he’s been working on and honing for 30 years. As far as woodworking, there is no comparison on the West Coast. I have great appreciation for it.”

He’s not alone. Over the years, Hansen said his items have been bought by a curator at the Smithsonian Institution, sold to George W. Bush long before he was president, and have been shown at the Louvre in Paris.
Hansen said he has made more than 43,000 items, not including wooden bars and wooden countertops, like the one he created in his garage for the kitchen of his rental home near Santee Lakes, where he lives with a roommate and four cats.

In his bedroom, Hansen has an intricate multicolored dresser with several drawers that he built many years ago. On top of it is his most cherished creation, a beautifully crafted box holding his mother’s ashes.

Hansen, a Michigan native and twice married and divorced with five children, has lived in Missouri, Florida and out of a mobile home as he traveled cross country for 15 years. Since coming to California, he has lived in several places in San Diego County. He said he first visited California 33 years ago, falling in love with San Diego.

For a time Hansen said he lived out of his mobile home, but for nearly 10 years he also lived among the homeless in the San Diego Riverbed off Friars Road. Health issues and finances put him on the street, but with help from his family, he got back on his feet again. Since the mid-2000s, he has called Santee home.

Another problem has arisen recently for Hansen. City officials have told him he is violating municipal code requirements for a home-based business, including not having a business license, noise and dust emanating from the garage, and an accessory structure in the backyard. Neighbors from across the street have attended City Council meetings to complain about what they say are traffic and parking issues related to his business.

“A lot of crafters begin small and then they grow, they grow so fast,” Kush said. “They haven’t thought about going someplace else where cottage industries (belong). And sometimes businesses like his belong in industrial areas.”

By Administrator, 6 years5 years ago
Hestia | Developed by ThemeIsle