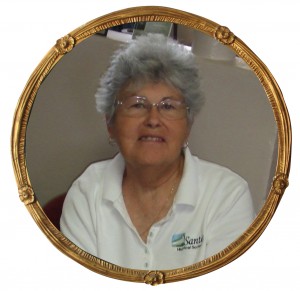 To our sorrow, we have lost another of our founding members. Elaine was a whirlwind of a person who was involved in a myriad of things. Elaine had been our Treasurer up until a few years ago, but continued as our Grant Writer until the day she went into the hospital. Elaine was wonderful in the museum telling stories of when she was growing up in Santee. Elaine’s mother worked for the Edgemoor Geriatric Hospital and they lived in the small cottages on the property. Elaine moved to Lakeside in 1957 and graduated from Grossmont HS.
Along with her activities with the Santee Historical Society, Elaine was active in the Las Donas Past Presidents Club, Women’s Club of Lakeside, Girl Scouts, the Children’s Art Festival in Lakeside, Bostonia Women’s Club, California Federation of Women’s Clubs, Lakeside Historical Society, and dozens of other organizations. She was also awarded the 2010 Lakeside Citizen of the Year Award. We have printed a copy of the nomination paper as it helps show what an amazing person Elaine truly was. Elaine will be truly missed by all of us. Here are some of my favorite photos of Elaine. 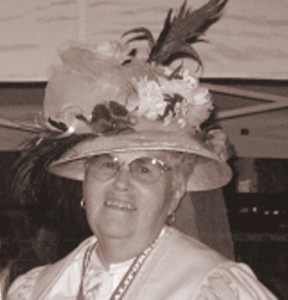 Services were held at the Santee Methodist Church at 11:00 a.m. on Friday Jan 9, 2015. There were so many people in attendance that it was standing room only. 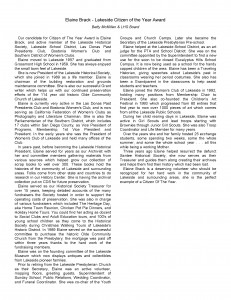